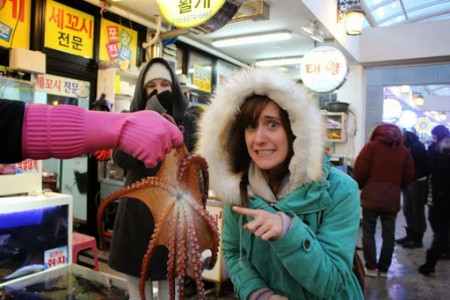 One of my favorite Travel Channel TV shows is “Bizarre Foods with Andrew Zimmern.”  He travels the world eating the most unusual and oftentimes grotesque foods a tourist can find.  A man after my own heart, he’s a true believer that “sharing food is the best way to experience other cultures.” Seoul, South Korea is nothing new to Mr. Zimmern; you can watch his full Korean episode here.  While I’m no Andrew Zimmern, I’m pretty adventurous in trying new foods.  Korea by far has boasted the most insane cuisine I’ve ever encountered.  Honestly, I think my fear of disrespecting the host or kitchen chef far outweighs my desire to actually taste many of the crazy things I’ve eaten.  After seeing the “Bizarre Foods” episode, I have a lot left to experience.

In the meantime, I’ve taken a fair share of pictures of the things I’ve tried, and some things I politely refused.  Rather than include my own narrative of each photo, my intent of this post is to spark comments from its readers in the hopes of helping me with a future project involving memes to come soon.  Browse at your leisure (or your own risk if you have a weak stomach) my most unique food finds in Korea.  If something strikes you in a comical, curious, or creepy way, I’d love to read your comments below!

Candied squid sold as a snack in convenience stores

Would you believe me if I told you these were ice cream cones? 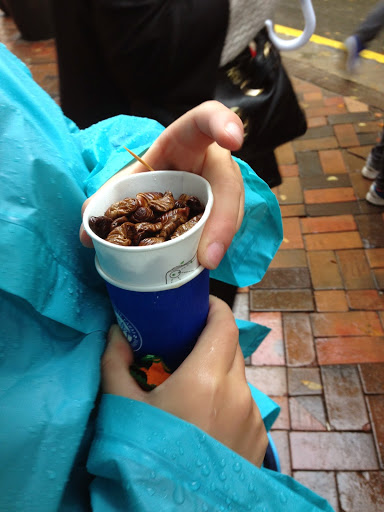 These seasoned anchovies were given to me as a gift by my boss. 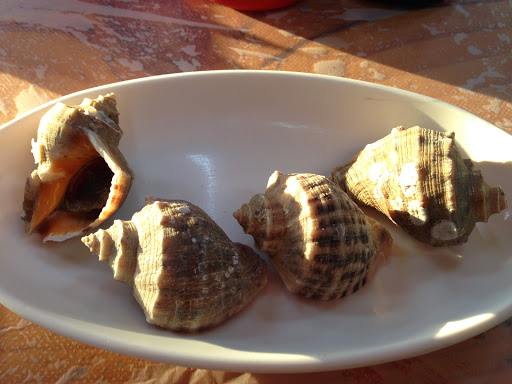 Doesn’t look like food, but it’s there if you can dig it out with a sharp tool.

This is what cute little sea urchins look like on the inside.

Freshly caught and cooked sardines are meant to be eaten bones, eyeballs, and all! 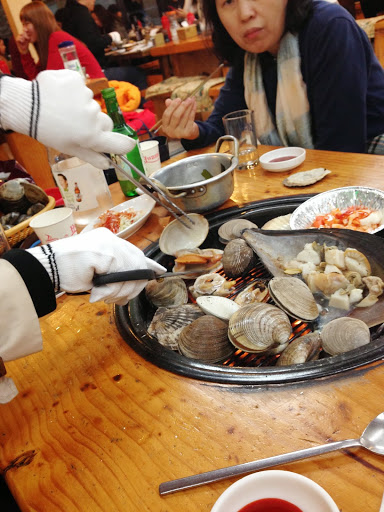 Coming to you live from the ocean floor: dinner! 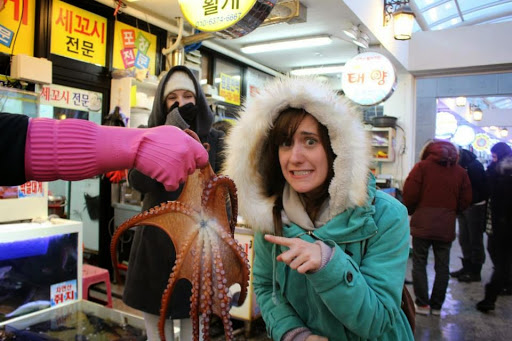 Shopping at a local fish market is full of surprises.

This is what window shopping in a fish market looks like.

Growing up in Indiana, I saw fields of corn. In Korea, it’s fields of drying fish.