Earth Day was last week and I was so excited to finally make a world-themed cake I’d been dreaming about for weeks. Of course, before I get into the cake itself, I want to mention some interesting facts I learned about the holiday. The concept was first conceived in the 1970s in response to environmental awareness on American college campuses. The date of April 22 was settled upon because it was the most convenient for college students: after spring break and before finals. It was only an American holiday until the 90s, but is now celebrated, on the same day, in almost 200 countries. There is even an Earth Day anthem set to the tune of Beethoven’s “Ode to Joy.”

So if there’s an anthem, there should definitely be a cake. I can’t say from where exactly this cake’s inspiration came from. When I was first thinking of themed Earth Day food I wanted to do cupcakes again like my Walking Dead brain cupcakes, but with each cupcake representing a different country. However, who has the time and space to create 300 cupcakes? It would have been un-Earth Day of me to leave any countries out. And only seven cupcakes representing continents is just not enough pastry. So I settled on a cake, but not just your average rectangular baked good.

I started by mixing up batter enough to make two separate 9×13″ cakes. One chocolate and one “veganilla” (has that term been coined yet?). 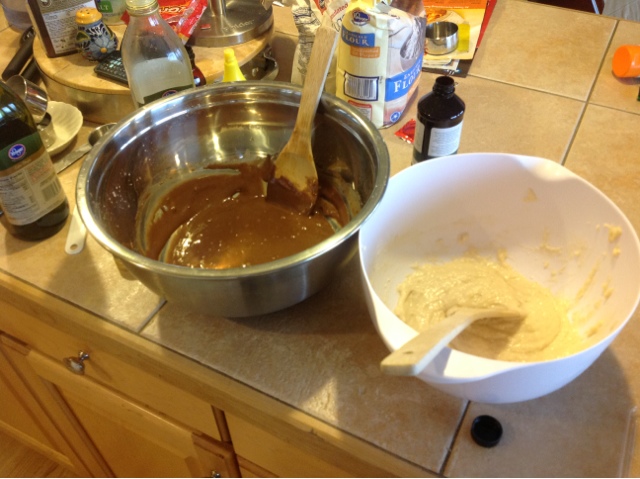 I mixed the two batters together in an attempt to marble the cakes, but it was a lot more difficult than I had imagined. You can tell my second attempt on the right was a little more skilled than my first attempt on the left. 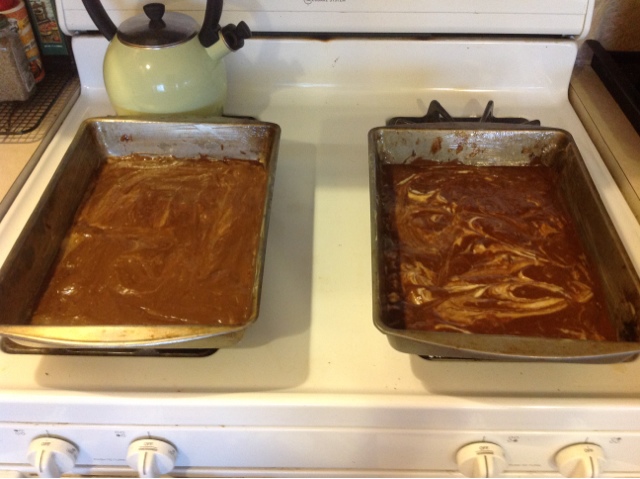 At this point I dropped a little chocolate better on the counter and it landed in a questionable shape that confirmed I really had no idea what I was doing. 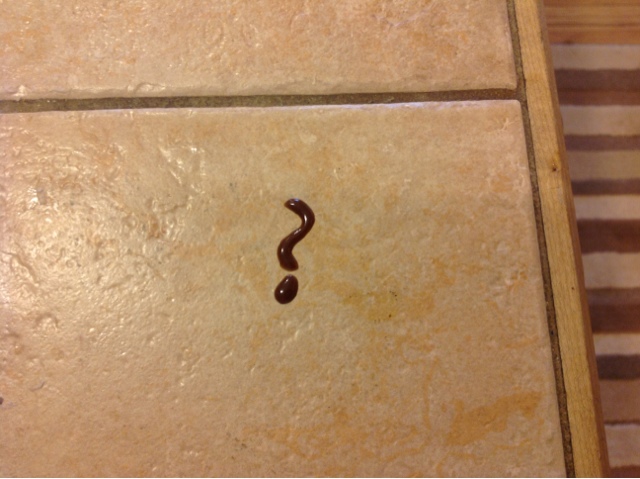 While the cakes were baking I made a creamy peanut butter frosting mixed with bits of crunched up Oreo cookies (that’s right, Oreos are vegan!). This frosting would go between the cake layers, and I made a vanilla frosting to go on top, which was dyed blue to mimic Kevin Costner’s “Waterworld.” 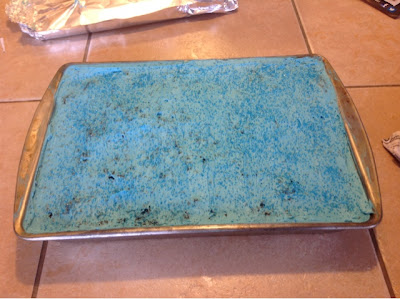 Can you see where this is going yet or did I throw you off with Kevin Costner? I used a very ingenious tool to etch some guidelines in the blue frosting and then filled in the shapes with the same vanilla frosting dyed green. And then… 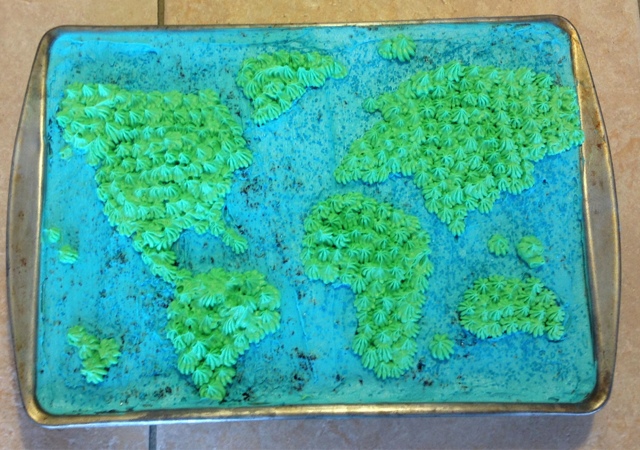 Voila! My tribute to the world! Where Florida is bigger than Mexico and the Arctic is off the grid. Nothing personal to any of those places. I mean I do hate cold weather, but polar bears are my spirit animal. It was simply that I didn’t save any white frosting for a snowy continent, and most flat world maps also leave Antarctica amiss, so I was just following protocol. Anyway, back to the cake…

All in all, my cake contained six delicious layers. You have the igneous marbled layers, separated by molten peanut butter-Oreo layers, followed by a chocolate crust, and topped with a soft vanilla surface. Now do you get the idea? 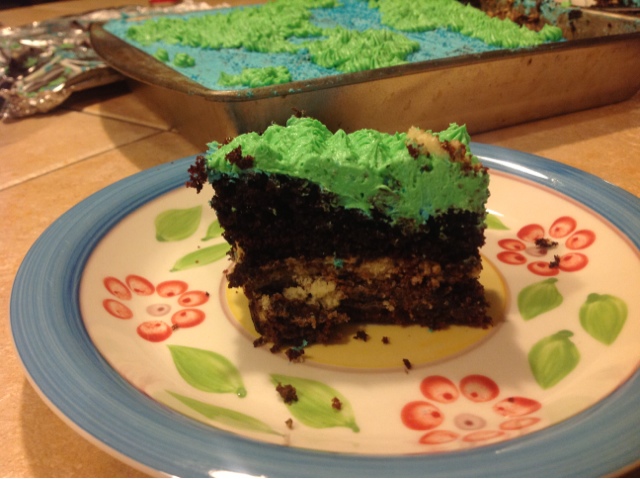 The cake was “muy delicioso” if you only had a couple bites at a time. It was incredibly rich and sweet. While I’m not a fan of the oiliness of vegan frosting since the base is a lot of shortening and/or margarine, I do like that it always stays very soft, maintaining a whipped texture that I love. 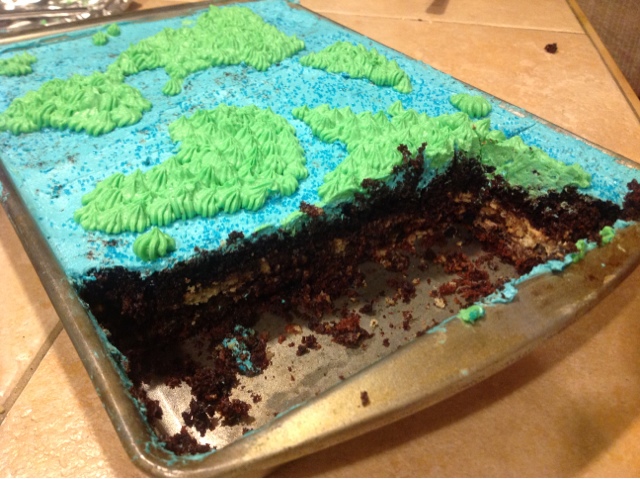 Happy Earth Day and, in as many world languages as I know, goodbye, adios, arrivederci, anyeongee gey se oh, au revoir, aloha, aufweidershen, g’day mate….ok, that was pushing it, but not bad, eh?